Maître Susane, 42, a lawyer, receives a visit in her office from a certain Gilles Principaux. She thinks she knows this man from her youth: There was an encounter with an older, impressive boy from a wealthy family that gave her life a whole new direction. But she hardly remembers what actually happened back then. Did he get too close to her? Principaux asks her to take on the defense of his wife, who has committed a horrific crime: she killed their three children. Susane takes the case – and falls into a bottomless pit. What is going on with this mother? Who is this Gilles Principaux really? And is she herself even who she thinks she is?
What is truth here, what is a lie? And: is it possible to live without certainty?

NDiaye’s stirring novel about a woman in an extreme situation is the literary event of the year in France: a sophisticated, abysmal play with expectations and fears.

Marie NDiaye, born near Orléans in 1967, published her first novel at the age of 17; the publisher was impressed by her powerful style. Other novels and plays followed; the play Papa doit manger (German: Papa muss essen) premiered at the Comédie-Française in 2003. With film director Claire Denis, she wrote the screenplay for her 2009 film White Material. She has received numerous awards for her books, including the Prix Goncourt for Three Strong Women – the first black author to do so.

In cooperation with the German-French Cultural Circle (dfk) 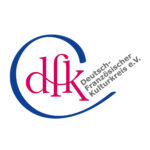